While a student at the L.S.U. Law Center, he served as a Member of Volume 54 and as Editor-in-Chief of Volume 55 of the Louisiana Law Review; he authored the Note, Woodlawn Park Limited Partnership v. Doster Constructon Company, Inc.: Disclosing Undisclosed Agency Law in Louisiana, published in Volume 54 of the Louisiana Law Review; he was twice inducted into the L.S.U. Law Center Hall of Fame; and he graduated as a Member of the Order of the Coif.

Upon graduating from law school, he served as a law clerk to the Honorable John M. Duhé, Judge of the United States Fifth Circuit Court of Appeals. Upon completion of his clerkship in September 1996, he entered private practice, where he has maintained a general civil practice, with emphasis in commercial transactions, commercial litigation, business/corporate law, real estate law, and insurance defense.

Thomas has been a Licensed Title Insurance Agent with the Louisiana Department of Insurance since February, 1998, and he is an Agent/Authorized Signatory with First American Title Insurance Company. He has provided real estate closing services since 1996, including examination of titles to real estate and closing residential and commercial real estate loan transactions for a multitude of local, regional and national lending institutions, including conventional loans, VA loans, FHA loans, SBA loans, refinances and second mortgages in varying loan amounts from thousands of dollars to in excess of $20,000,000.00.

He is married to the former Patti Kay Hackett, and they have four sons, Andrew, Nicholas, Zachary and Collin. In his spare time, Thomas enjoys coaching youth sports and spending time with his family. 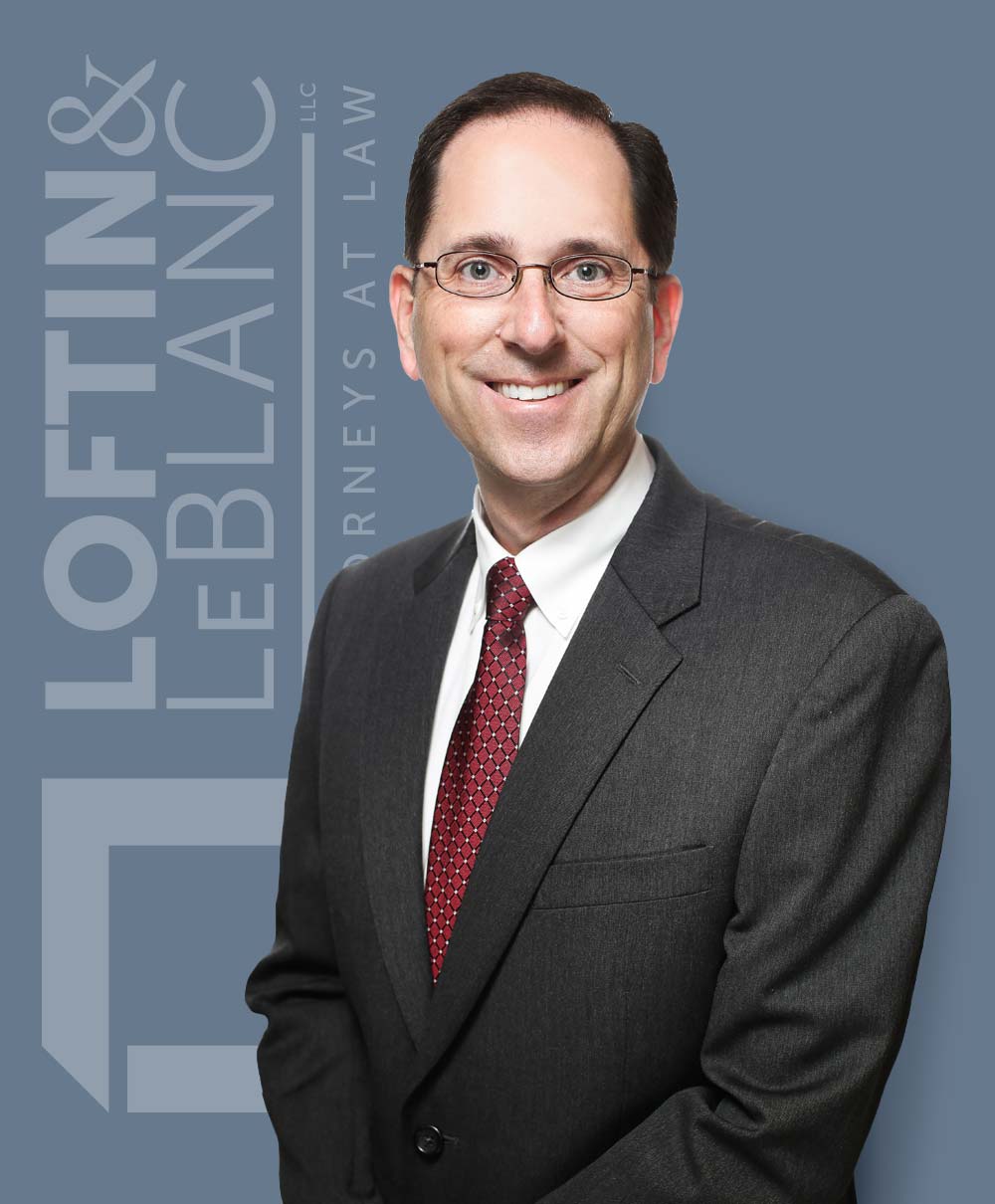 Set Up your Legal Consultation

For a initial consultation with Loftin & LeBlanc, LLC, call or visit our contact page to send the firm an e-mail.